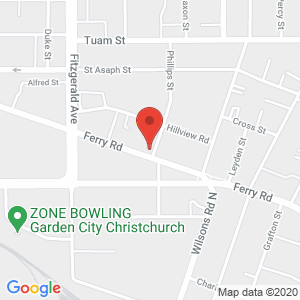 Cake and Eat It

SUMMER PARTY IS BACK FOR 2020!!FeaturingDead FavoursThese hard-rocking Buffalo-Wing smashing Patron Silver drinking legends have been a staple of The Rock and Radio Hauraki for the last few years. Their list of achievements range from arena shows playing support for major International acts like Rise Against, Royal Blood and Wolfmother, to hitting the stage at Homegrown several years running. Take this rare opportunity to catch them tear Christchurch a new one, headlining this year's Summer Party!Pieces Of MollyHailing from Christchurch city. Pieces of Molly are one of (probably the best) standout heavy-rock artists to come out of the South Island in recent years. Between multiple tours of Australia and NZ and playing coveted support slots they've really set the bar with killer EPs and Singles, their latest offering "Spirit Man" can be heard on Radio Hauraki and The Rock. POM is not to be missed, they deliver a back-breaking high-energy live performance.MurgatroydThis Industrial-sludge two-piece blur the line between performance art and live music, hailing from Invercargill and Wellington, their live performance will take you on a confronting, exciting, LOUD journey. They're one of the finest live acts around, take this rare opportunity to witness them in ChristchurchMoonflowerWith an incredible debut album, festivals and a NZ tour under their belt Moonflower bring a 60's & 70's inspired Soul, Blues and retro-rock sound, brought together by undeniably powerful vocals. Lead singer Nicole is also their drummer... Super talented group of musicians guaranteed to leave you in awe!Little FangFor fans of The Pixies, Weezer, Muse. Little Fang will definitely sink big teeth into your ears. I've been lucky enough to attend many of Little Fang's shows over the last few years and a few things remain constant. They're always fucking great, they always get the crowd grooving and John's banter leaves you in stitches. One of the finest rock acts to come out of Christchurch in recent years, get it in ya!Fools Know MoreSoul Rock power trio bringing elements of Funk and Blues. Fronted by Deputy Wizard of Christchurch and seasoned veteran Ari Freeman, need I say more?Cake and Eat ItNew rockers on the scene, Cake and Eat it have a bright future ahead of them, you'll be instantly hooked by the incredibly tight instrumentation of the band and catchy melodies of lead singer Nicole. This band is one to watch, and we're proud to have them kick some ass at Summer Party this year!