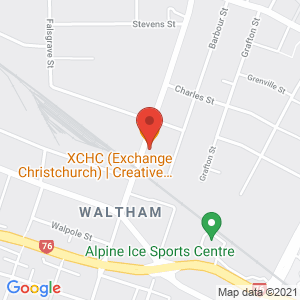 You're invited to Sustain/Release, a showcase of Christchurch and greater NZ's best underground producers, DJ's, and electronic artists! After a stupendous launch we're back featuring three incredible performers presenting four shows from Wellington and Christchurch.
** $15 Earlybird / $20 General / $25 tickets on door **
Zuke will open our space with a live synthesizer sound journey, before we launch into the world of breaks, bass, dubstep, jungle, and more!
*** ED ZUCCOLLO ***
Ed is the keys player for Trinity Roots, Flite, and Tyson Smith, and has done session recording and performing for artists from The Black Seeds to Mel Parsons, and L.A.B. to Hollie Smith. His range and knowledge of vintage and classic keyboard instruments, synthesisers and effects make him versatile and unique in the performance and session recording industry.
In Ed’s solo shows, you’ll be taken on your own personal journey through music he creates live and in his studio, whether it’s a deep immersive sound journey or an eclectic mix of beats, bass and beautiful atmospherics. Ed has a relaxed and charming demeanour, interspersing entertaining chat throughout his sets, while his undeniable skill on the 70s Minimoog synthesizer is a pleasure to watch. He will use either a DJ setup to bring you the music he has crafted in his studio, a variety of classic keyboard instruments to perform live or some combination of the two, with the ultimate aim of guiding the listener through their own personal experience.
*** SORCHALULA ***
SorchaLula fell in love with dance music after getting unexpectedly stuck in China some years ago. Never happier than in the midst of a dancefloor, she amps on tracks that make the body move, or the soul transcend. She typically channels hefty basslines, silky melodies and/or irresistibly dancey beats.
She plays across 140 bass/dubstep, halftime, drum n bass, jungle, liquid dnb, deep house, basshouse, sexy house, afrobeat, electronic and downtempo. Summer 2021 gigs included Twisted Frequency Festival, Earth Beat Music & Arts Festival, CubaDupa Festival, Ignition Festival and Kiwiburn Festival.
*** ZUKE ***
Introducing Zuke: an electronic project from producer and synth-wizard, Ed Zuccollo (KITA, Trinity Roots, Rhian Sheehan). The Zuke concept is an exploratory journey into the physicality of deep bass, aimed at unleashing the immersive power of large sound-systems.
Zuccollo's electronic inspiration originates from DJing Drum’n’Bass during the early-to-mid 2000’s, when artists such as Dom & Roland, Digital & Spirit, Breakage and Calibre were making a mark on the genre. In 2005 and 2006, his talent for selection earned him a premium seat in the archives of New Zealand DnB, where he won consecutive podium finishes at national DnB competition ‘Rumble in the Jungle’.
Just two years since the first tunes were made, Zuke has appeared at many festivals around NZ including Splore, Northern Bass, Twisted Frequency, AUM, Cubadupa, Luminate, Kiwiburn and Ignition. With recent overseas management and a release in the making, Zuke is one to look out for.
*** PAIGE JULIA ***
Paige Julia is a creature that lives on an island in the South Pacific Ocean that spends her time tinkering with sound machines. She has released music with Samsara Beats (US), MalLabel Music (US), Forest Biz (UK), UncomfortableBeats (AU) and Totally Roasted (NZ). Her music is inspired by the many shades of underground bass culture, navigating the grey area between breakbeat, dubstep, techno, dnb and hiphop.
Her summer is spent adventuring across Aotearoa New Zealand from festival to festival, delivering the world’s up-front bass music intertwined with her own productions. For the remainder of the year a whirlwind club circuit takeshold as she visits any city with a soundsystem, keeping a busy schedule of developing music for performance and enjoying the process of sharing the experience of dance, frequency and emotion.
In 2021 Paige Julia is expanding her involvement in music culture by engaging in a modular synthesis affair, developing an Ableton Live downtemposide project, continuing to teach her electronic music education programs and finishing her debut bass music album, titled“Morphling”.
- Doors open at 8
- Beer, wine, spirits at bar