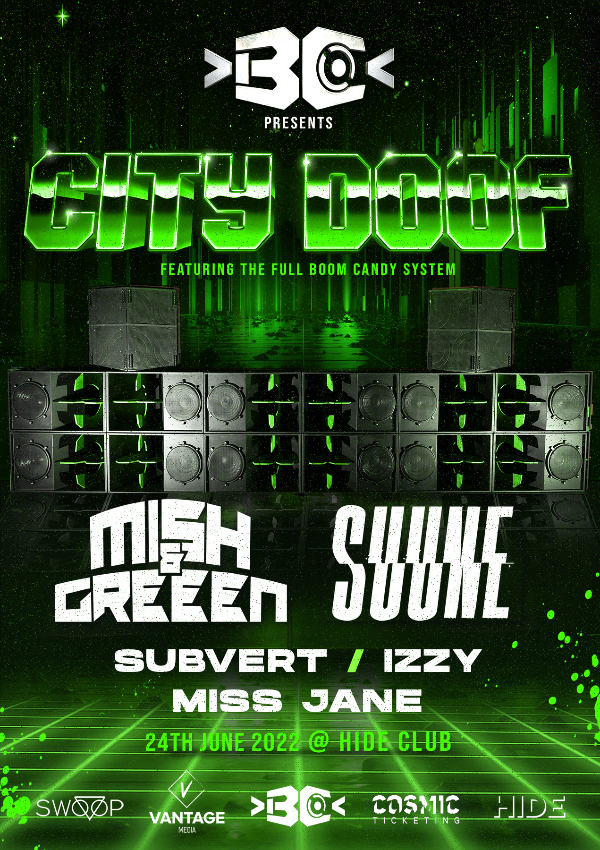 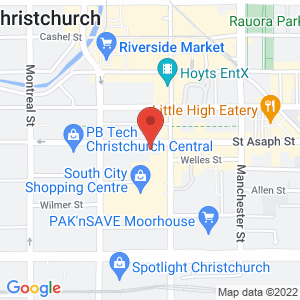 Boom we're back at it again with another instalment of City Doof
prepare yourself for a epic night of premium drum n bass with a hint of
grime .

With the full boom candy system going in and swoop visuals rolling out
you are
in for a absolute treat .

We've got a mad line up of producer's and djs that will be bringing their
passion
for music to you on the dance floor this is set to be a absolute steam up!

Mish & Greeen have forged together and established themselves as one
of the highest energy, new D&B acts to come out of Christchurch, with an
incredibly smooth and original style that captivates their audience from
start to finish.
Each set is pushing boundaries, generating an intricate and
captivating story exuding and executing musical art on every level.
With over 20 years combined experience, they’ve supported many local and
international acts, and headlined shows across the country, holding residency
at Boom Candy’s infamous Bush and City Doof's, since inception.

2020 saw the release of their debut single "Rhythm Is A Dancer" with
UK’s Noxious Records and followed up with their debut EP, E=MC².
Their latest track, “Doof Doof”, is already a crowd favourite.
With a growing list of new dubs, this is one set you won’t want to miss.

Suune
From jumping on the decks and starting production back in 2017
as young 15 year old’s, SUUNE has come a long way.

Feeding off each other’s different ideas and blending them into one on and
off the stage, has been a huge factor for them going forward in the scene.

With their debut EP release, Rising, and the latest single,
Signal, SUUNE isn’t slowing down, all whilst developing there own sound in the
drum and bass scene.

Subvert has been a fixture in the Christchurch drum and bass scene for around ten years.
A few years ago Subvert was creating the infamous Thursday nights at Zinc alongside
Camo MC, and since those days Subvert has gone from strength to strength.
Subvert has smashed the dancefloor apart as support for many internationals
such as Calax and Tebee, Audio, Spectrasoul, Bad company and just lately A.M.C 🔥🔥🔥🔥
Subverts relentless dj style and precise tune selection has also helped Subvert place high in
Rumble in the Jungle winning the Christchurch regional twice and coming second in the NZ finals!!!
If you haven't seen Subvert in the mix you're missing out as he is always evolving and he never
disappoints!!!!

Miss Jane
Right from the start Miss Jane has been infused with a love and passion for all that is music. With a bachelor in performing arts she's not a stranger to the stage but fresh on the ones and twos. She brings a whole new energy and interaction to her sets as a long term supporter of the scene so It was only a matter of time before she found herself behind the decks, thriving on the people, the beats, and the culture that make the 03 such a special haven for drum and bass! Recently opening for JHowler selects she's frothing to share her heavy liquid vibes and get the night rolling!
Book the night off assemble ya crew and we'll see you where the beats, lights, bass, and visuals bounce to make the madness that is City Doof.